Listening To This Can Help Your Live-Directed Voiceover Session

As a voiceover guy, I accommodate client requests to record my voice in several different ways. Often times I am sent a script with some directions for style, pacing, and other details, and I record on my own in my home studio. However, some projects are done through live-directed sessions with the client on the phone, zoom, or through Source Connect or Session Link Pro. During a recent session with an international client, there was something missing that I realized I needed to do to help the session go smoother.

Hear Me Now, Believe Me Later

(Did you like Hans & Franz reference?) Before I get into that, developing the skills to record voice overs takes time. There are many nuances that you may not realize until you start recording. Not only do you need to have a suitable recording space with good clean audio, there is an odd hurdle many folks have trouble with early on.

Hearing your own voice. 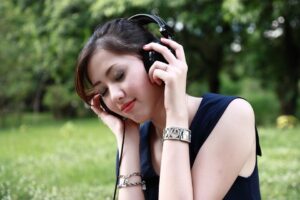 This is a very odd thing to do at first. How many times have you heard people say they don’t like the way they sound or “do I sound like that?” You may realize that how you sound in your head, is different than how you sound to others. I have even heard some folks in the voiceover world or other voice-related industries that they don’t like listening to themselves. I admit to that too!

In the voiceover world, it sort of goes without saying. You HAVE to listen to yourself. Get used to it. Quick! Before my voiceover days, I worked as a radio meteorologist. I had no formal communication training before that job and no idea how I sounded.

When I started the radio job, I worked up my forecast and my boss put me in a sound booth and said “here ya go!” Talk about being nervous! Not only did I have to figure out how to record radio forecasts with very specific timing, but I had to listen to myself! AGH! This was my first experience in being mindful about how I sounded. All of a sudden, I was hyper-focused on enunciation, inflection, pacing, and tone. Listening to myself helped me work through all of that and develop a style of my own.

By the way, you know how I got over my nerves of being on the radio? I told myself, “nobody is listening.” Of course there were folks listening, but it was simply a mental device I used to help me relax and feel more comfortable before sending a forecast to major radio markets all over the US.

Use Your Ears To Help Your Voice

After transitioning to voiceovers, I am comfortable listening to myself when I record projects from my home studio. I can review, re-record, review again and try all sorts of variations of scripts to capture the right vibe for the client. Editing audio IN my sound booth helps me make changes on-the-spot, without having to step out of the booth to an outside editing station. Many voice talent edit outside of their booth, but I need to have that immediate comparison so that I can provide different reads.

Fast-forward to this week when I had a live-directed session with an international client. We worked through the script together and recorded different styles while the client recorded on their end through Session Link Pro. There came a point during the session where I was honestly starting to struggle coming up with various styles of liners. I felt like I was doing the same thing over and over. We got to a certain line and the client played back my previous take. BOOM! I was able to nail down the style they were looking for. Why did I stumble?

I wasn’t listening to the playback of my previous reads. 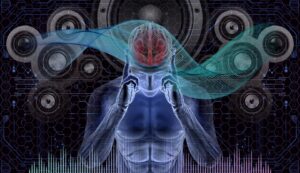 Depending on the client, they can playback previous reads. However, we weren’t doing it on this session nearly enough so I didn’t have anything to compare my new reads to. While I thought I was delivering something different, what I was hearing in my head was a little different than the recording. As I always do recording on my own, I need that instant reference or comparison immediately before I record another version. Once I had that immediate audible queue as a reference, I could launch into various other styles and capture the style that the client needed.

So if you find yourself struggling to find the right delivery, be sure to listen to previous versions for a reference point. Ask the audio engineer if they can help provide more playbacks before recording the next line. Listen first, and then start your next read. Having that instant audible cue will help you vary up your next read and hopefully make your session even more successful.